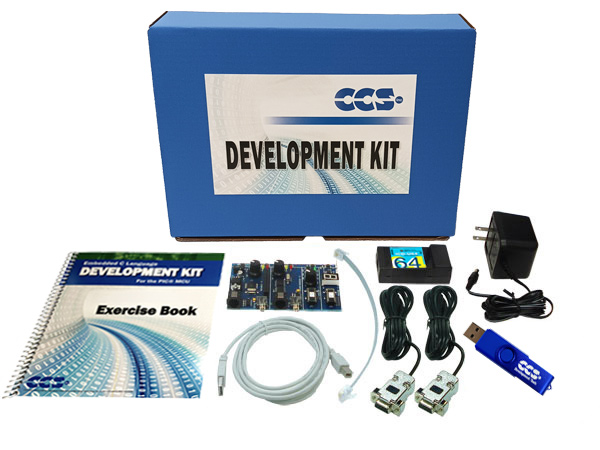 This kit enables users to begin CAN network development with Microchip's PIC® PIC18 family. The development kit includes the powerful PCWH Integrated Development Environment with compiler support for Microchip's PIC® PIC10, PIC12, PIC16 and PIC18 families and an ICD-U64 in-circuit programmer/debugger that supports C-aware real time debugging. The prototyping board has four nodes nodes and includes a PIC18F4580 with an integrated CAN peripheral, a PIC16F876A connected to an MCP2515 CAN peripheral, and two MCP25050 CAN expanders. CAN drivers and example code are also included.

The first node is a PIC18F4580 which includes an integrated CAN peripheral. This node is also connected to a potentiometer, three LEDs and one pushbutton.

The last two nodes are MCP25050s, stand-alone CAN expanders which have already been pre-programmed by CCS to respond to specific CAN IDs. One of these nodes is connected to a potentiometer, three LEDs and three pushbuttons. The other node is connected to a 7-segment LED.

An extra CAN transceiver has also been left open to connect the CAN Bus Prototype board with other CAN systems. 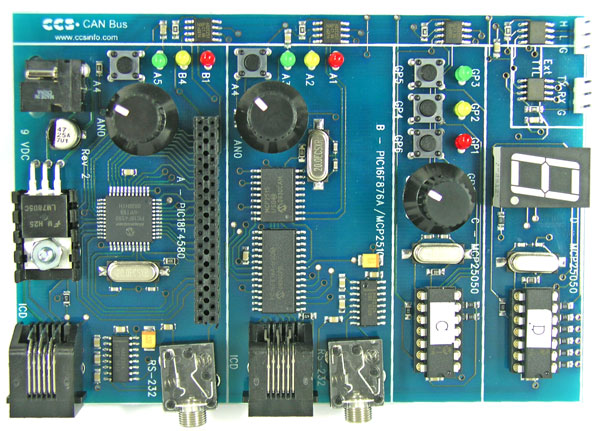